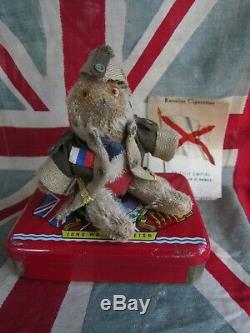 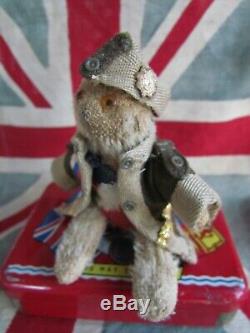 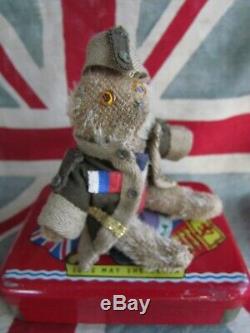 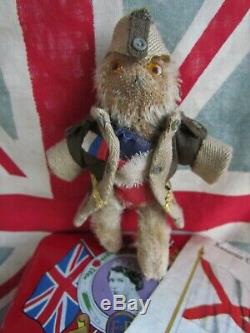 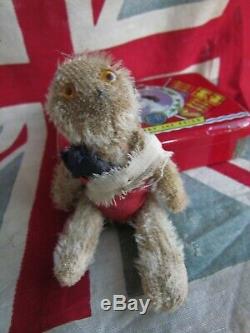 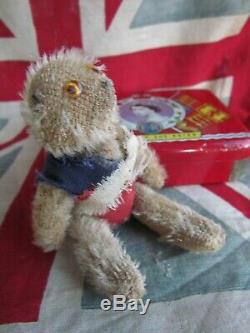 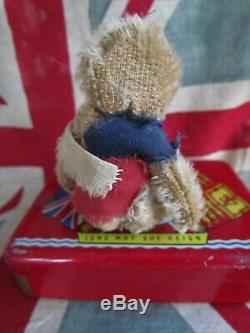 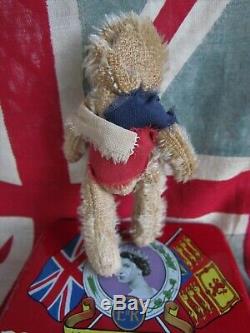 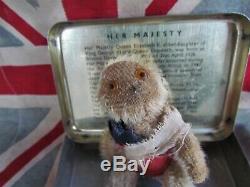 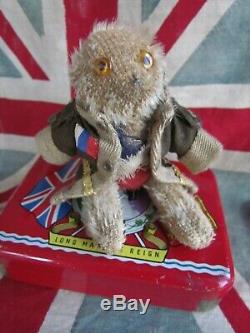 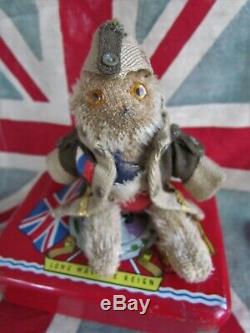 A cute little antique Farnell Soldier Bear. He wears a uniform, not original to him. Believed to be part of a collection originally owned by twins David and Guy Campbell (born 18th January 1910), bought by their grandmother in Devon where her trophy-adorned house inspired characterful play and creative outfits for these bears.

David and Guy each took their special soldier teddy bear friend to war with them in later years during the Second World War, as did many soldiers during World War 1. The soldier bears feature upturned noses in order to peer out of a soldiers pocket. David and Guy survived the Second World War along with their two special soldier bears, now residing in a museum, I believe. Fully jointed, 3.5 tall and threadbare in places, this little soldier ted has original orange/black glass eyes, his pipe cleaner ears no longer remaining, and red, white and blue muslin outfit which he has been wearing for many years. Little soldier ted is quite a character, with one leg slightly longer than the other.

He remains in strong condition with all his joints working freely. Ted comes with his soldier uniform, Queen Elizabeth II tin and antique silk flag. The item "ANTIQUE MOHAIR FARNELL WW1 SOLDIER TEDDY BEAR CAMPBELL" is in sale since Sunday, January 5, 2020. This item is in the category "Dolls & Bears\Bears\Antique". The seller is "tedwardcametoo" and is located in Garden of England.

This item can be shipped worldwide.